A Duck, A Plumb Bob, A Compass 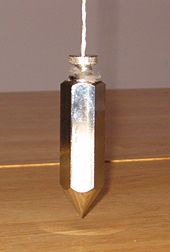 We live in a broken world. Our experiences here are a mixed bag of good and bad, joy and pain—a reality that Solomon expressed when he wrote, “Even in laughter the heart may sorrow, and the end of mirth may be grief” (Prov. 14:13). The merry heart often does grieve, for that is what this life sometimes demands.

I am pretty sure you have heard of the controversy surrounding Duck Dynasty’s Phil Robertson. Simply put Phil Robertson expressed his personal opinion stating his personal beliefs during an interview for a magazine article and was suspended from his show for speaking what he thought. It was clear he was not acting as a spokesman for A & E, any church, or group. Agree with him or not you should agree that he has a Right to expresses his personal views, just as you and I have that Right. One of the foundations of our Constitutional Republic is the First Amendment:

Congress shall make no law respecting an establishment of religion, or prohibiting the free exercise thereof; or abridging the freedom of speech, or of the press; or the right of the people peaceably to assemble, and to petition the Government for a redress of grievances

Sadly a group called “GLAAD” felt that bullying and intimidation was going to persuade people that their view was correct and that no one could express an opposing view. Bullying by anyone at anytime is not acceptable.

It has been well said that you catch more flies with honey than you do with vinegar.

I am a firm believer that even the worst of bullies can have a change of heart and cease being a bully to become a kind and gentle soul.

Bullies only succeed when good people enable the bully by not saying – “that behavior is not acceptable”. Bullies rule by fear – fear of physical, emotional, and/or financial consequences. A bully can be a family member, a “friend”, co-worker, or government employee.

Calling someone a bully does not seem to carry the same stigma as calling someone abusive. It is fairly easy to get a Court Order to keep an abusive person away from you. I don’t know of any bullies who have Court Orders restraining them. There is no difference, other than the name, in the bully’s and abusive person’s actions, intent, and methods.

The Bully/Abusive person causes the same fear, anxiety and consternation to the victim. Many victims need to move, change jobs and expend many hours and spend a lot of money trying to escape the bully/abuser while trying to repair the damage the bully/abuser caused. Often professional assistance is needed for the victim to recover and remain safe. The Bully/Abusive person does not consider the mental health issues they cause their victims while they spew their venomous rants and actions.

The new year will hit us with the reality of the many unwelcomed new regulations and taxes which have been heaped upon us. Some might call it oppressive. You can call it a government being a bully or abusive toward the people they are supposed to be serving. Where do we go to get a Court Order to stop them from abusing us? They’ll be right there if we move or change jobs.

What bully/abusers have in common is that they don’t have a plumb bob of principles and their moral compass has no North. They are like a ship without a rudder wandering aimlessly. They are like the house built on sand that gets washed away by the rain. They go whichever way feels good at the moment to satisfy themselves, yes selfish. This is certainly by no means a permanent impediment in their lives. People who want to can change and receive the peace in their hearts that so desperately seek. They are just looking in all the wrong places.

Phil Robertson was answering the questions with his plumb bob in place and a compass that points North. For far too many the plumb bob and compass were thrown out when the Courts kicked God out of schools. It does not have to remain like this. Each person makes a choice in their personal lives, even if the government does not change, as to whether they will be use a plumb bob and a compass that points North.

We were made to have a plumb bob and a compass that points North in our lives. Let’s tell all Bully/Abusers to: “Get back to where you once belonged”, to quote the Beatles.

This entry was posted on Friday, January 3rd, 2014 at 12:01 PM and is filed under Health Care, Mental Health and Domestic Abuse, Uncategorized. You can follow any responses to this entry through the RSS 2.0 feed. You can leave a response, or trackback from your own site.

11 Responses to A Duck, A Plumb Bob, A Compass